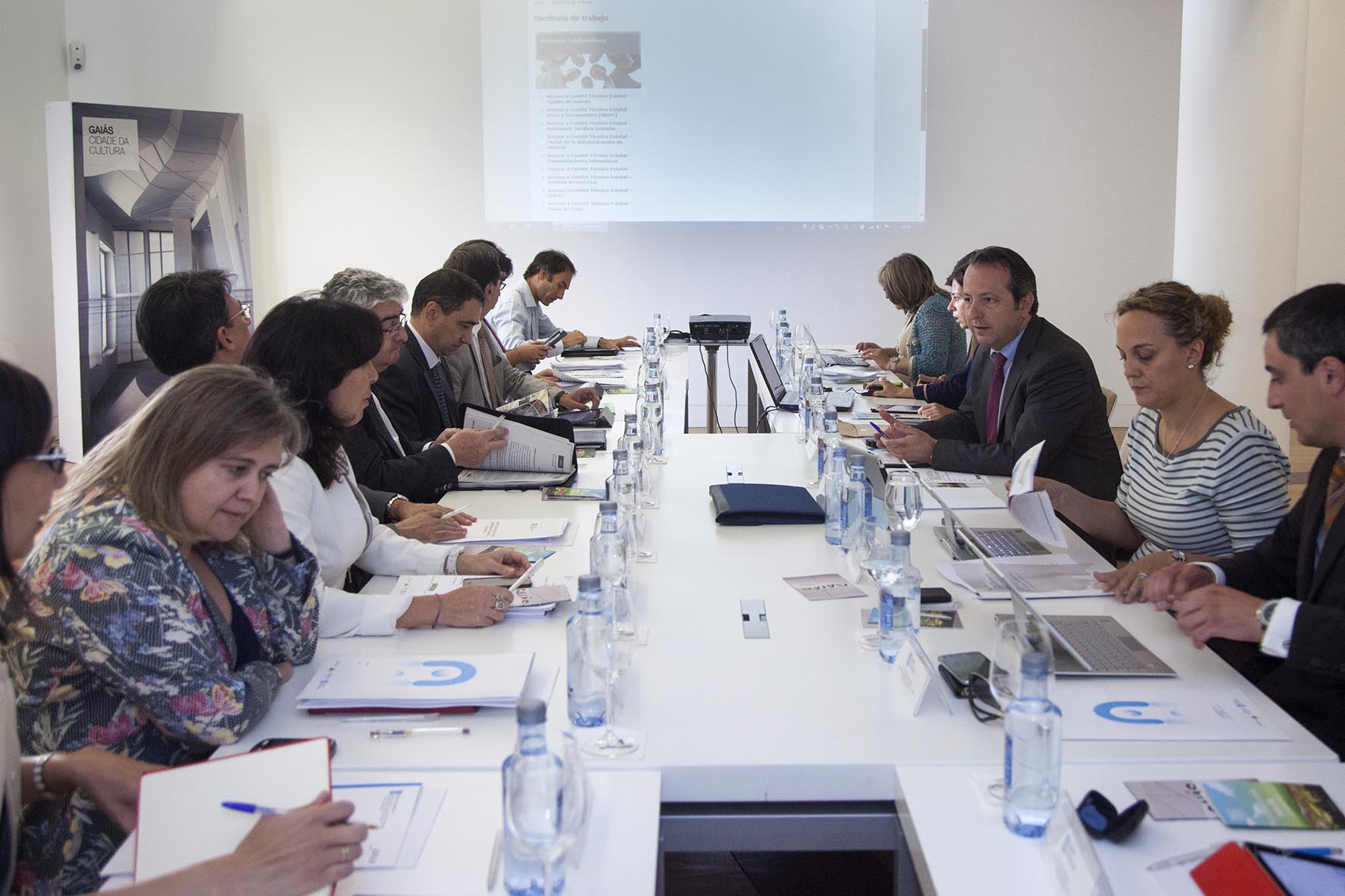 Lawyers, solicitors and other legal professionals will be able to file claims electronically or add documentation to an ongoing procedure.

This new functionality will begin to be implemented in the coming weeks in judicial bodies in the provinces of A Coruña and Pontevedra.

It is already operational since June 12 the Agenda of Sinalamentos of Hearings in the portal eXustiza www.exustiza.es, which allows online consultation of scheduled trials

Lawyers, solicitors and other legal agents of the Community will be able to submit claims electronically or incorporate documentation to a procedure in progress, through the Lexnet system. The Xunta will launch this new functionality in the coming weeks in judicial bodies in the provinces of A Coruña and Pontevedra and will be implemented progressively in Ourense and Lugo.

This was one of the issues addressed on June 12, 2014 the standing meeting of it State Technical Committee of the Electronic Judicial Administration (CTEAJE), which was held in the morning at the City of Culture, chaired by the Secretary General of Justice, Joaquín Silguero, and in which participated the director of the Agency for Technological Modernization of Galicia (Amtega), Mar Pereira and the general director of Justice, Juan José Martín, representing Galicia and the heads of the departments of justice and information technology of Aragon, Navarra, Canary Islands, Catalonia, Basque Country and Valencia.

New Lexnet functionalityGalicia
is one of the first communities to activate this new Lexnet system service, within the actions defined in the Senda Plan for the integration of ICT in Justice, which is being developed by the Agency for Technological Modernization of Galicia in collaboration with the Ministry of the Presidency, Public Administration and Justice.

Until now, the Lexnet communications system allowed the Administration of Justice to send electronic notifications to judicial agents. With the activation of this new functionality, professionals in the judicial field will also be able to submit claims and documents of mere formality in the courts, i.e. to incorporate documentation to an ongoing procedure.

This measure contributes to the elimination of paper in administrative procedures, to the reduction of procedural times, facilitates direct integration with procedural management systems and improves the quality of information. All this in a digital context with all the legal guarantees.

More than 10 million notifications in four yearsLexnet
is a platform for the secure exchange of information between judicial agents, using digital signatures. The Lexnet system was implemented in Galicia in 2009 and today it has become a common working tool in the field of judicial communications, such as telephone, fax or email. The growth in terms of users and activity has been constant over the last four years, adding up to more than 10 million notifications. So far this year, nearly 2 million notifications were made through Lexnet, which places Galicia in fourth place by volume in the ranking of the fourteen autonomous communities using the system.

On the other hand, on 12 June 2014, the Agenda de Señalamiento de Vistas of the Justice portal came into operation, which allows citizens to consult online the hearings that are going to be held in the judicial bodies of the municipalities that are the head of the judicial district. The agenda allows the search for information in three simple steps, selection of dates and place, selection of the type of judicial body and judicial body number.

CTEAJE
The State Technical Commission for Electronic Judicial Administration (CTEAJE) is a body made up of the Ministry of Justice, the General Council of the Judiciary, the State Attorney General’s Office and the autonomous communities with transferred competence in Justice (Andalusia, Aragon, Asturias, the Canary Islands, Cantabria, Catalonia, Galicia, Madrid, Navarre, the Basque Country and Valencia). Its main objective is to promote compatibility and ensure the interoperability of the systems and applications used in the Administration of Justice, as well as to ensure cooperation between the different Administrations.

The Permanent Commission meets periodically in order to promote greater reuse of IT systems within the administration of justice and to facilitate interoperability between the different applications in the different territories.