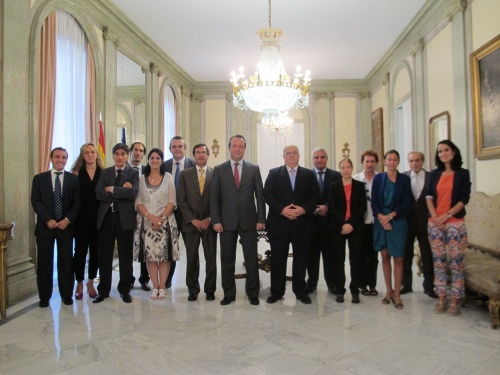 The Secretary General for the Administration of Justice, Joaquín Silguero, chaired the first meeting of the Permanent Commission of the State Technical Committee for Electronic Judicial Administration (CTEAJE), a newly created body responsible for coordinating the different computer systems used in the Public Administrations responsible for Justice, in order to avoid duplication and contribute to the modernisation of the sector.

This meeting was attended by the Vice-President of the General Council of the Judiciary, Fernando de Rosa, as well as representatives of the State Attorney General’s Office and the Autonomous Communities of Andalusia, Aragon, Catalonia, Navarre and the Basque Country. The other communities with jurisdiction in matters of Justice also participate in the plenary session of this Committee.

The Permanent Commission will meet periodically in order to promote greater reuse of computer systems within the administration of Justice and to facilitate interoperability between the different applications in the different territories. This coordination will result in greater efficiency in investments in the modernisation of Justice, avoiding duplication and reducing the problems of slowness in the processing of processes, obtaining, at the same time, important reductions in costs.

The creation of the CTEAJE has not entailed any additional economic cost, as it is based on the will to cooperate between all public administrations, using their own resources.