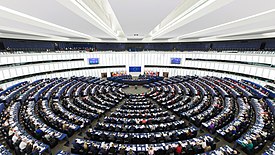 The European Parliament gave the green light on Thursday 3 April 2014 to the reform of audit services, which aims to open up the market to new firms in order to end the dominance of the big four. The new rules also increase transparency and introduce a mandatory rotation system for large companies, which would have to change auditors every ten years, although this period could be extended to 24 years in certain cases.

News from the European Parliament

The role of auditors has been called into question as a result of the financial crisis. The rapporteur for the reform of audit services is British Conservative Sajjad Karim. The legislative package consists of a regulation and a directive.

The new legislation obliges EU auditors to publish audit reports in accordance with current international standards. For auditors of public interest entities, such as banks, insurance companies and listed companies, the text requires auditors to provide shareholders and investors with a detailed description of the auditor’s activities and an overview of the soundness of the company’s accounts.

Opening of the audit market

The new rules aim to open up the market for audit services and improve transparency. They therefore prohibit contractual clauses that require audits to be carried out by one of the four firms that dominate the market.

In addition, public interest entities will have to launch a call for tenders to select a new auditor and a mandatory rotation system will be introduced whereby an auditor may oversee the accounts of a company for up to 10 years. This period may be extended by a further ten years if new tenders are issued and by up to 14 years (i.e. a total of 24 years) in the case of joint audits by two or more firms.

The European Commission had proposed mandatory rotation after six years, but legislators felt that this could distort the market for audit services.

In order to avoid conflicts of interest and threats to independence, EU audit firms will have to comply with existing international standards. They will also be prohibited from offering non-audit services to their clients, including tax advisory services affecting companies’ financial statements or investment advisory services.

The Council must now approve the agreed text. Countries will have two years to implement most of the provisions included in the new rule.