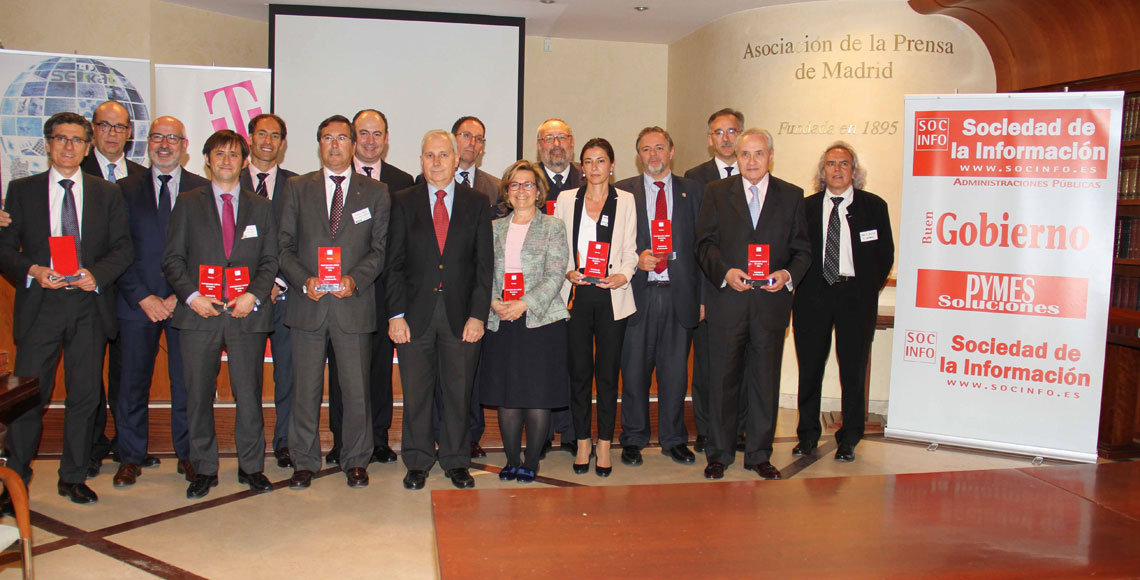 The Ministry of Justice has won the 2015 Electronic Judicial Administration Awards, organized by the Socinfo Foundation and the magazine Sociedad de la Información, for its contribution to the “technological modernization” of the judicial field.

The Secretary General of the Administration of Justice, Antonio Dorado, has been in charge of collecting the award and stressed that it is necessary to continue “coordinating and joining efforts to modernize justice through the rational use of information technology and communication.

A challenge which, he said, represents “the most notable effort in modern times to improve the quality of public service” and thus respond to the needs and expectations of today’s society.

During his speech at the awards ceremony of the Electronic Judicial Administration Awards 2015 and closing of the XI Seminar ICT in the Modernization of Justice organized by the Socinfo Foundation, Dorado stressed “the firm commitment of the Ministry of Justice” with the objective of a digital, open, innovative and connected Justice that will result, in the coming months, in the simplification of judicial procedures, in the use of technology in increasingly broader areas of procedural management, or in the possibility of making notifications to users through a text message sent to your mobile device.

Dorado has also highlighted the path opened by Law 18/2011, of 5 July, regulating the use of information and communication technologies in the Administration of Justice, which lays the foundations for achieving an Electronic Judicial Administration.

Within the framework of the Law, the State Technical Committee for Electronic Judicial Administration (CTEAJE) was created, whose work has been recognized in these awards, which is allowing the coordination of the efforts of all the administrations involved in the provision of the public service of Justice. One of the objectives of the CTEAJE is to promote, within the framework of institutional cooperation, technology transfer in the field of Justice, so that the different systems used in the judicial world can be made available to all its members, and to avoid duplication of efforts and resources.

The 2015 e-Judicial Administration Awards have also recognized the evolution of the Lexnet telematic communications management system, thanks to the development of the functionality for the submission of procedural documents and initiators of proceedings. The deployment of this new functionality, which allows the reception by the judicial offices of the documentation provided by professionals via web, will be completed by the end of June in the judicial districts of the territorial scope of the Ministry of Justice.

Finally, the technological improvement promoted in the Central Registry of Precautionary Measures, Injunctions and Non-Final Judgments of the Integrated System of Records to Support Judicial Activity (SIRAJ) was awarded. This improvement has resulted in the implementation of the electronic sending of protection orders and sentences associated with final judgments of gender violence and domestic violence from the Administration of Justice to the Ministry of the Interior through a judicial interoperability platform.